I was born in London and brought up in Luton. I was brought up in a predominantly white area and my Dad used to, when I was a baby, he used to commute to London and work in London; from Luton. It was a 60 mile round trip, he worked in factories, he was literally working 8am-8pm till I was about 13-14 years old. I went to school, went to college and did engineering and I couldn’t get a job. I joined the army, left the army, did jobs here and there and ended up in Birmingham at Fircroft Collage. Then I became a Trade Union rep and got involved in different campaigns; was quite political. And now I am working with asylum seekers trying to make sure they get a bit of justice in an unjust world.

When I was at school me and my brother used to get spat at. We used to go the long way home you know. I mean your talking about being spat at by people who are 24 years old. When I have being 24 or 25, even now, I look at kids and no matter what they would do to me, if they are 14 or 15, I wouldn’t even consider thinking about hitting them, I mean they’re children. But yet you had a lot of the National Front and this kind of stuff. We were very much rejected, and when I joined the army it was pretty much the same. The odd thing was, in the army, a lot of people, they literally said to me ‘if I was an Asian, if I was a Paki I would never have joined the army. You must either be crazy or really brave, and they were racist themselves. So they would kind of look at it like that. But my expectation was I was going to get a lot of crap in the army, I was going to get a lot of racism so I was kind of prepared for it.

I joined in ’86 – ’89. I even went to the Mosque with my Dad because I was a Muslim at the time. I thought, look I need to make sure this is OK. Went to the Mosque, spoke to the Imam, the Imam said ‘yea, there is no contradiction here, good luck with that’. That was Luton Mosque. So I joined the Army, left the Army, started doing work in these holiday centres, people with disabilities. Then people started treating me with a lot more respect, and since then I haven’t suffered, I might have suffered some institutional racism, but not at the level I had when, you know it was pretty raw when I was younger.

“I have a lot of memories of my Dad. It is kind of an emotion than a memory. I remember feeling very secure around my Dad, because he was always there kind of thing. I think, I would say he was a pretty cool guy”

He was very modest. I think it was part of the Islamic thing about, you know you give to charity but you don’t make a big thing of it. He came with nothing in the late 50’s, 60’s and he was, I think he was from Rawalpindi. He came over when he was 17-18 years old when it was easy to come to the UK, and he just started working in factories in London.

I respected him, and I think he respected me. I think he would have preferred it if I was a Doctor or something like that. But he kind of liked the fact that I was political in that sense. He was a chilled Dad, you know, I mean he always used to make us do Maths homework. But he made us do a silly kind of Maths, we would have to memorize the nineteen times table or the eighteen times table, which was a bit kind of pointless, but it was more about memory. But he did his best, his upmost best to get us a decent education, so I respect him for that.

He never talked that much about the racism he suffered, but I guess growing up in the 50’s and the 60’s he had to put up with a lot of it. But like I said before, he just got on with it. He had a motorbike, he had American cars, not new ones, really crappy old ones and he used to do them up, and that kind of stuff. So he just kind of got on with it. It was the old Britain that he liked. When we used to go to these model train fairs, we were the only Asian people there. And everyone loved him, everyone loved him, and when he started coming back, because he went on and off with illness, there was this deep sadness in the model train community that he wasn’t there, or that he was coming less and less, because he really was part of the furniture.

I think I have learnt affection from my Dad, When he used to tuck us into bed he would put the blanket over our feet and under, so our feet wouldn’t stick out. So there were very affectionate things he used to do, and I think I have picked that up, I am very tactile towards my daughter, if I come home I tell her to come here and give us a hug or kiss my cheek. My Dad used to with my daughter, it was called the Grandad kiss and she had this routine where she would go to him and kiss his forehead, both cheeks, both hands and then give him a hug. It is kind of sweet to watch. And a lot of people say I am like my Dad, yeah he was pretty chilled and relaxed, and I like to think I am kind of the same.

Listen to the audio version of the interview below:

listen to ‘Salman Mirza’ on Audioboo 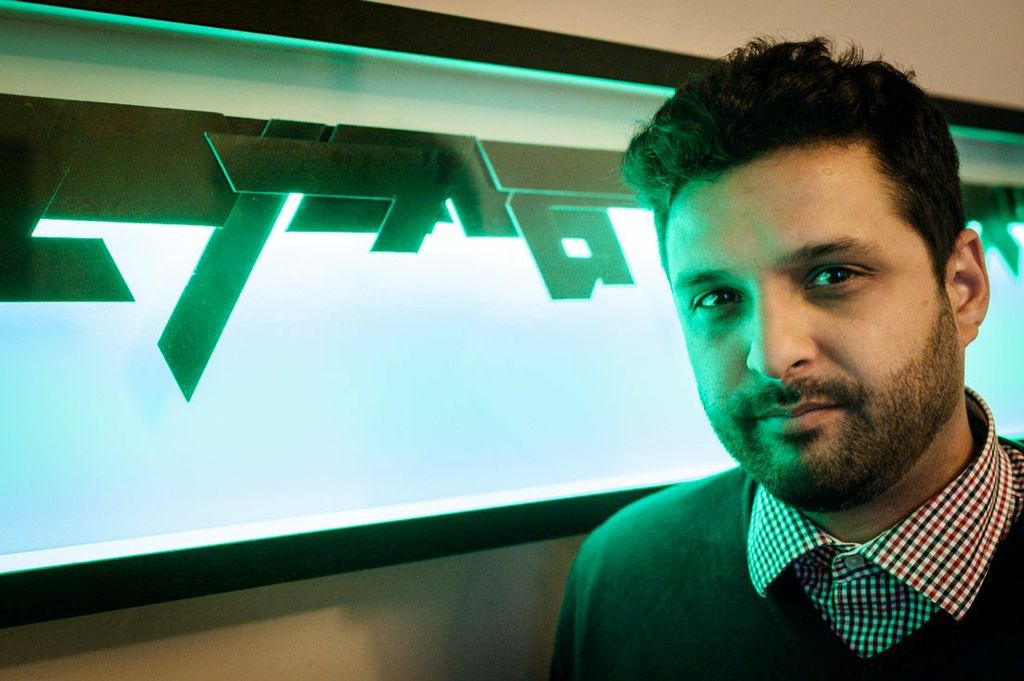 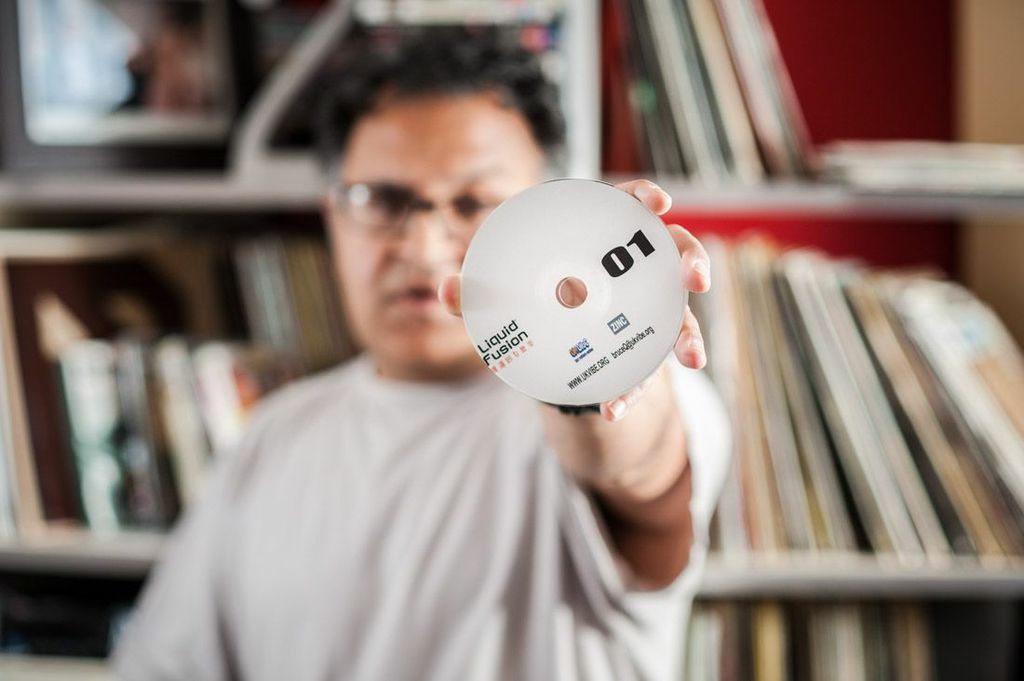 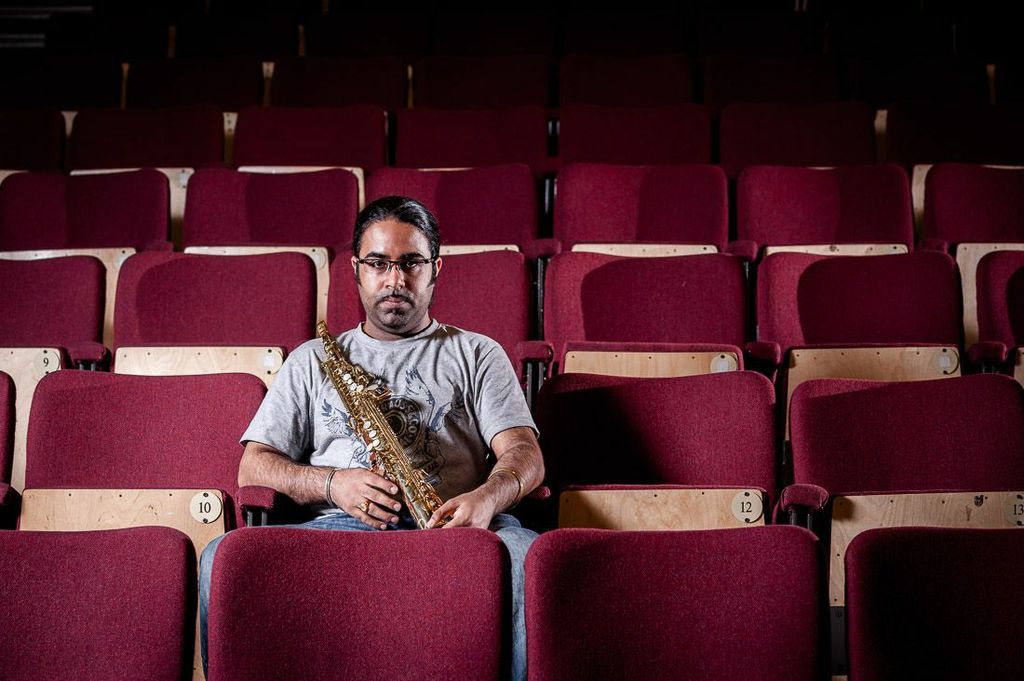 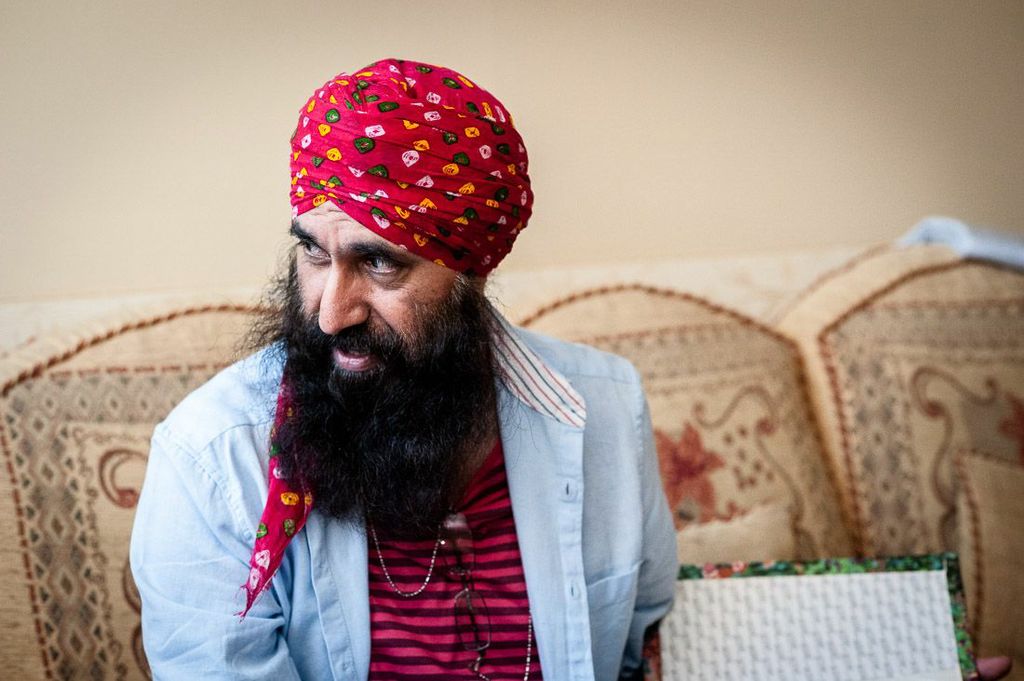 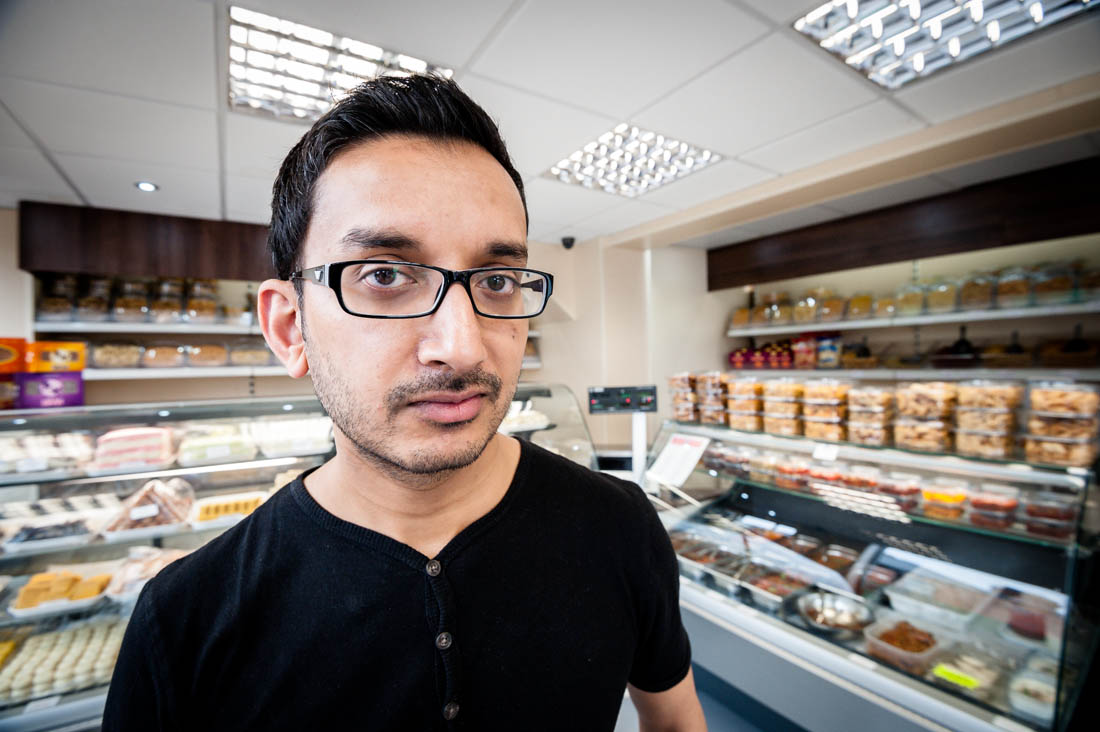 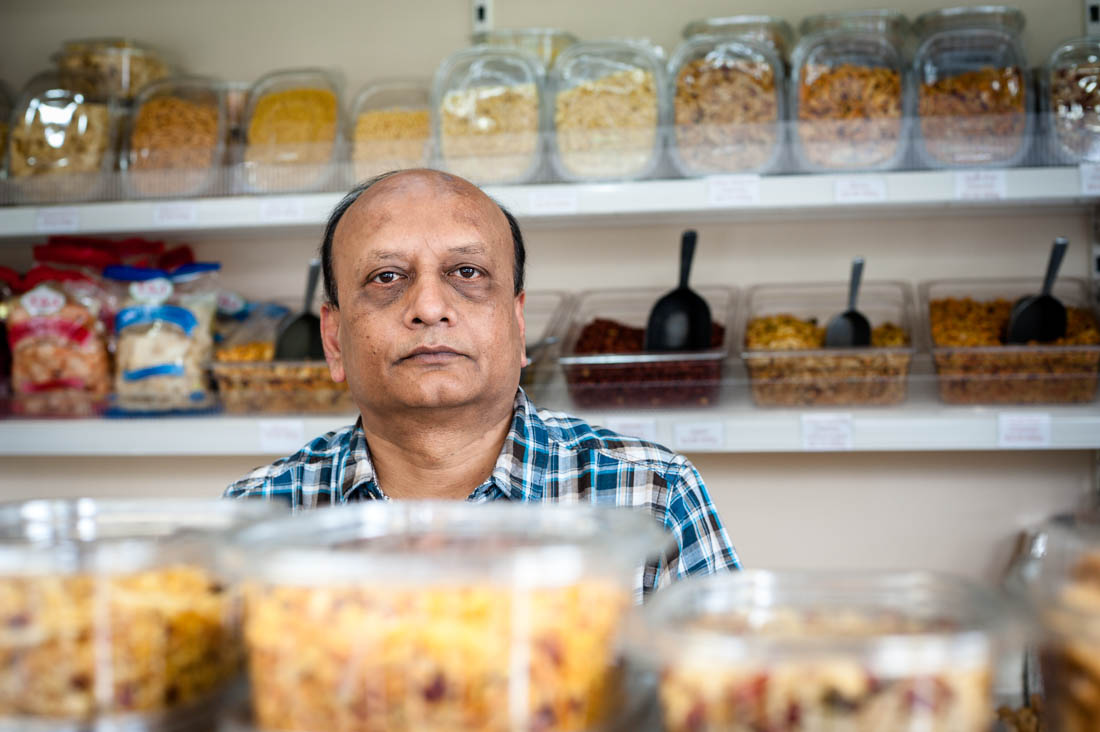 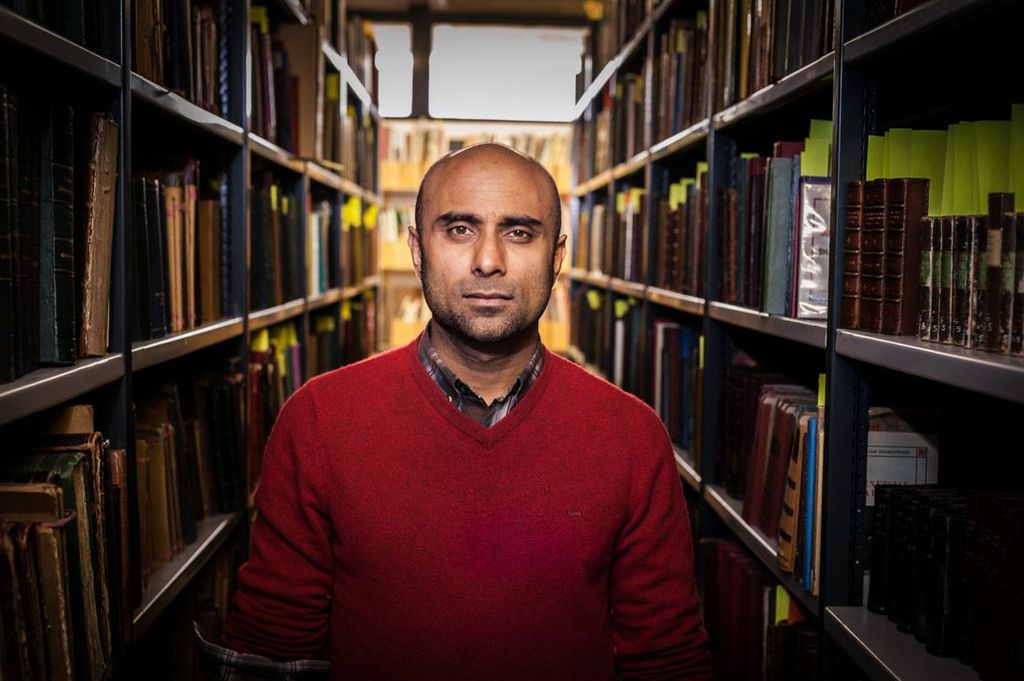 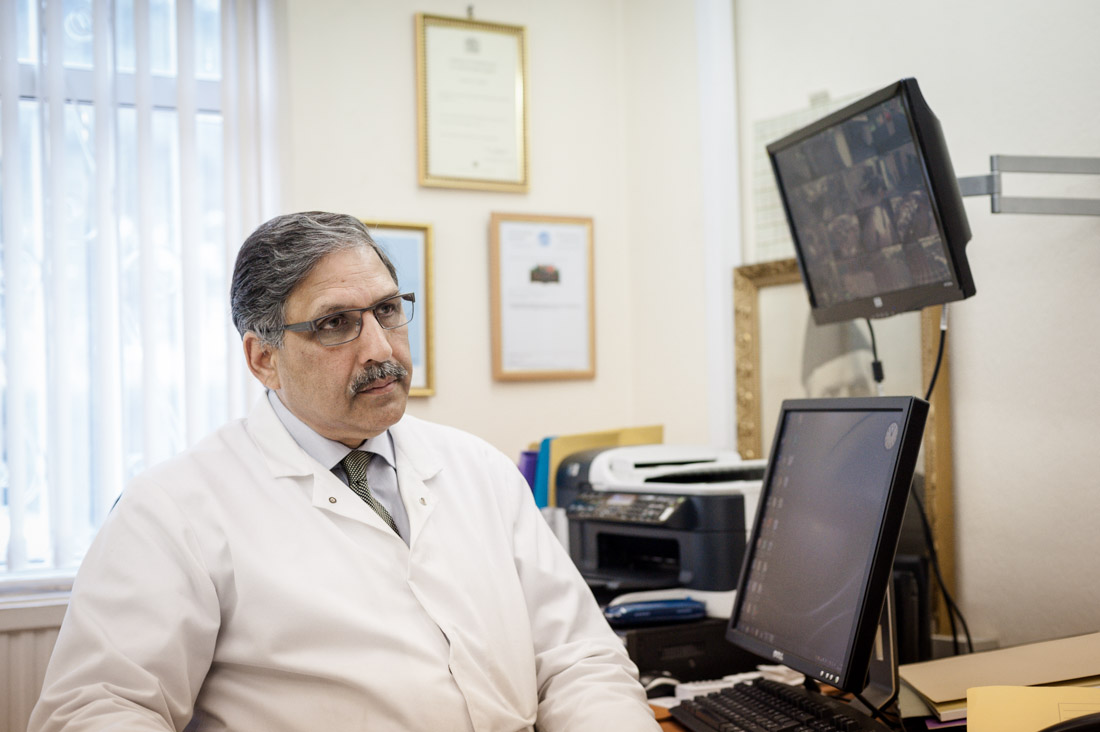